I love the theme!!! You can check out American Girl's video HERE!

She looks so pretty in this picture :) She's available on this Thursday, February 16th!!!!

Felicity Merriman. She will never give up on friends, her freedom, or herself. Available on February 16!!

Z Yang. She's an imaginative filmmaker who develops her own take on the world around her.  She'll be available in the spring.

Nanea Mitchell--She's a Hawaiian girl who does her part to help and heal during wartime in 1941.  She'll be available in the fall. 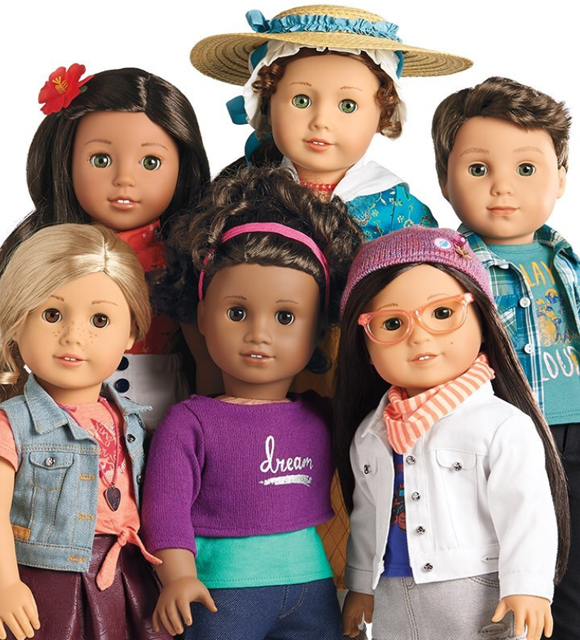 What an awesome Valentine's Day gift!!!!
What do you think of the new dolls?
~Kara
Posted by Kara at 12:39 PM

Kara
Hi, my name is Kara and I'm 17. I adore AG dolls, just like you guys, and having a doll blog has always been a dream of mine! I'm a Christian, and I love cooking, volleyball, playing piano, DIY's, and decorating. I hope you like my blog and feel free to follow ;)